The U.S. higher education system must be revitalized as a whole to be accessible, affordable, and accountable to the students it serves.

Access: Whether it’s completing the myriad of confusing financial aid forms, understanding the potential costs of attending college, or navigating a complex system of grants, loans, and other aid, college is often inaccessible for hundreds of thousands of young Americans, especially students of color or first-generation college attendees.

Affordability: With the rising costs of obtaining a higher education degree and almost 47 million Americans currently struggling with debt, college affordability has become a major issue for many students. Especially as a college degree or credential becomes increasingly critical in the labor ericans should be able to afford to go to college and improve their lives.

Accountability: Given the immense financial investment required to attend college, students should have a clear picture based on sound and easy to understand data about all of the relevant factors that go into deciding to attend a particular institution.

Forty-two million Americans continue to be saddled with student loans, resulting in a crisis that has exacerbated existing gender, racial and generational wealth inequalities. Tell Congress to support at least $50,000 in student debt cancellation per borrower.

Send a letter directly to your Senators and Representatives urging them to support at least $50,000 in student debt cancellation per borrower. 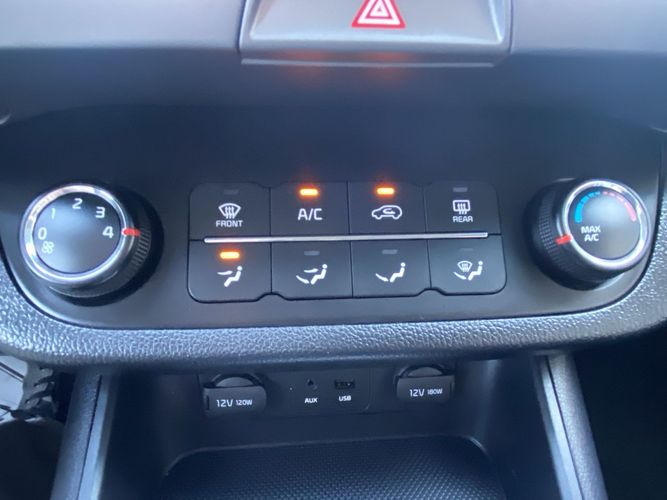 A bicameral bill introduced in the 116th Congress by Senator Warren (D-MA) and House Majority Whip Clyburn (D-SC), the Student Loan Debt Relief Act, would provide forgiveness for 76% of households with student debt. Strongly endorsed by AYA, this proposal would cancel up to $50,000 of outstanding student loan debt for each qualified borrower. Borrowers earning $100,000 or less will be eligible for the full $50,000 in debt cancellation, and the cancellation amount will reduce by $1 for every $3 in income above $100,000. Additionally, the legislation includes other important benefits for borrowers, including the ability to convert private loans into federal loans that qualify for cancellation and the ability to discharge student debt in bankruptcy.

The College Transparency Act (CTA) is a bipartisan bill that has been introduced in both the House and Senate and would provide better data and information about college. Introduced in the last Congress, it garnered significant bipartisan support from members in both chambers. If passed, the legislation would overturn a ban on a federal data system to track employment and graduation outcomes of college students. The CTA would ensure accurate reporting on student outcomes such as enrollment, completion, and post-college success across colleges and majors. In order to protect student privacy, the bill bans the sale of the data, prohibits access by law enforcement, and limits the use of personally identifiable information. Last Congress, Senators Hassan (D-NH) and Durbin (D-IL) introduced the PROTECT Students Act, which if passed into law would protect students and taxpayers from predatory higher education practices. The key provisions of the will would codify and strengthen the borrower defense and gainful employment rules, improve the rule and incentive compensation protections, and add new safeguards against the fraudulent for-profit/nonprofit conversions. Additionally, the bill includes provisions that would: Ensure that individual students, groups of students and state attorneys general can bring suit to enforce certain violations of the HEA. Ensure coordination of for-profit college oversight and enforcement activities between federal agencies, prohibit schools receiving student aid funds from using mandatory pre-dispute arbitration clauses and class action bans, and authorize both an Enforcement Unit and a complaint tracking system at the Department of Education.

College For All Act

Introduced by Senator Sanders and Rep. Jayapal, the College For All Act would make the most substantial investment in higher education in history. The proposal makes public colleges and universities tuition-free for working families, and makes tuition and fees free at four-year public colleges and universities for families making up to $125,000 (nearly 80% of the population), while also making community college tuition- and fee-free for all. Additionally, the bill would double the maximum Pell Grant to $12,990 and allow students to use the grant money to cover living and non-tuition expenses, and expands grant eligibility to Dreamers.

Reintroduced in 2021 by Senators Mazie K. Hirono (D-HI) and Patty Murray (D-WA), chair of the Senate Health, Education, Labor, and Pensions (HELP) Committee, and Representatives Mark Pocan (D-WI) and Robert C. Bobby Scott (D-VA), the Pell Grant Preservation and Expansion Act, if passed into law, would restore the purchasing power of the federal Pell Grant award by raising the maximum award to $13,000 over five years, index the award to inflation, expand access to part-time students, and increase eligibility to 18 semesters.

The College Completion Fund Act, introduced by Senator Martin Heinrich (D-NM), if passed into law and funded by Congress, would establish a $62 billion federal fund to invest in evidence-based student support services to help students from diverse backgrounds complete their degrees. Funds would be allocated to states using a formula meant to ensure it reaches the students with the highest needs. States would be required to develop plans that increase completion rates, focusing on support for students from low-income backgrounds and historically underrepresented communities, first-generation college enrollees, parenting students, students with disabilities, and student veterans. AYA has endorsed this bill along with several other organizations.